The latest and greatest edition in Dear Canada’s Christmas edition.

A Time for Giving: Ten Tales of Christmas, various authors, 2015. 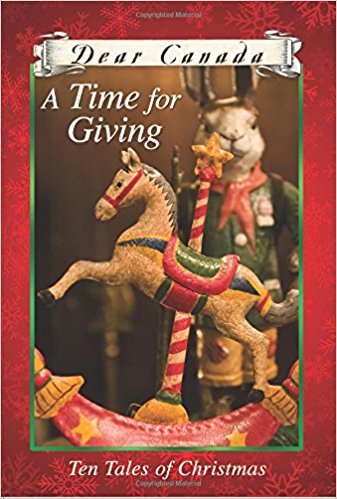 This was a Christmas gift for me in 2015, so it’s one of the vanishingly few books for this blog that I bought new and that I’ve been the first owner of. Oddly, though, it’s in paperback, which makes it look a bit strange on my shelf of the rest of these books.

That’s all for the Christmas collection from Dear Canada!

3 thoughts on “A Time for Giving”